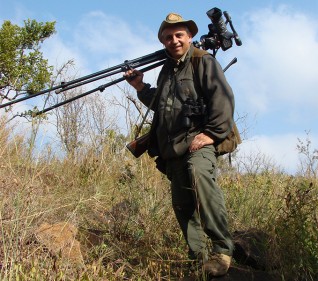 I am a hunter and I am proud of it!

Although I hunt, nature I love and I know it well. I keep her and protect, so that I could hunt even tomorrow when my offspring joins me. Am I born few centuries too late?
I know that my hunting instincts are not popular nowadays, but I still cherish and respect them.
They are rudiments and atavisms in my soul, in my genes; strong memories of my ancestors that circulate through my veins. This is a true bond with them just as it is with you, my hunting fellows that I meet all over the world and recognize as “hunters in soul”.
The times have passed. The devices and techniques have changed, but since the times of ancestor hunters until today, the true vibration of hunter’s passion, the excitement and adrenalin rush have remained the same. As the warrior respects his decent opponent, so does the hunter respects nature and wild animals he hunts. To know, to outsmart, to catch….
Only the victory deserved with effort and honor remains in lasting memory. The “Hunting stories” are created with a wish that these memories and feelings are shared with friends. Since the old days spent near the hunter’s fire, teaching the young ones, approving your self to elders, the hunter was telling his story. Into every experience he dangled all the feelings, and sometimes maybe he a little bit… overdid.
That is why the “Hunting stories” are made with “articulation language”. It is the universal hunting language, which every hunter in the world since the old times knows.
The awaking of the sun, dew on the spider’s web, the flower, the wild animals in the fog… The music and the pictures are only the means of telling the story, and the personal experience is something I leave to you my hunting friends.
Here’s wishing you a satisfying bag! 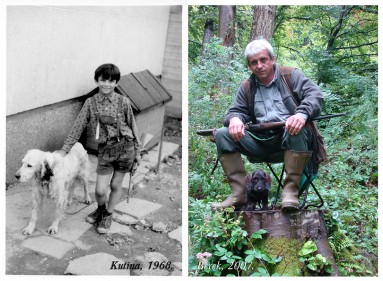 Igor Ilic, born June 29, 1961 in Bjelovar. He attended primary and secondary school in Kutina and Zagreb. He graduated in 1985 from the Faculty of Foreign Trade, University of Zagreb. From your earliest childhood, spent between Lonjsko Polje and Moslavacka Gora, you rarely could see it without fishing rods, air rifles or  jars for insect, frogs, butterflies …

He passed the hunting exam in 1981, but achieved his boyhood dream in 1995 when he first went to Tanzania. Since then, the renewed spark of hunting passions has grown into an unforgettable encounter with nature. He turned his love into a business, and he does his job with love.

For a while he worked as the editor-in-chief of the magazine “My dog” in the Croatian Kennel Club, and today at the company “Serval” d.o.o. works on video productions about hunting, nature and wildlife with the desire to preserve the world for the generations to come by educating the younger ones.